New Orleans Could Be Lost to Formosan Termites 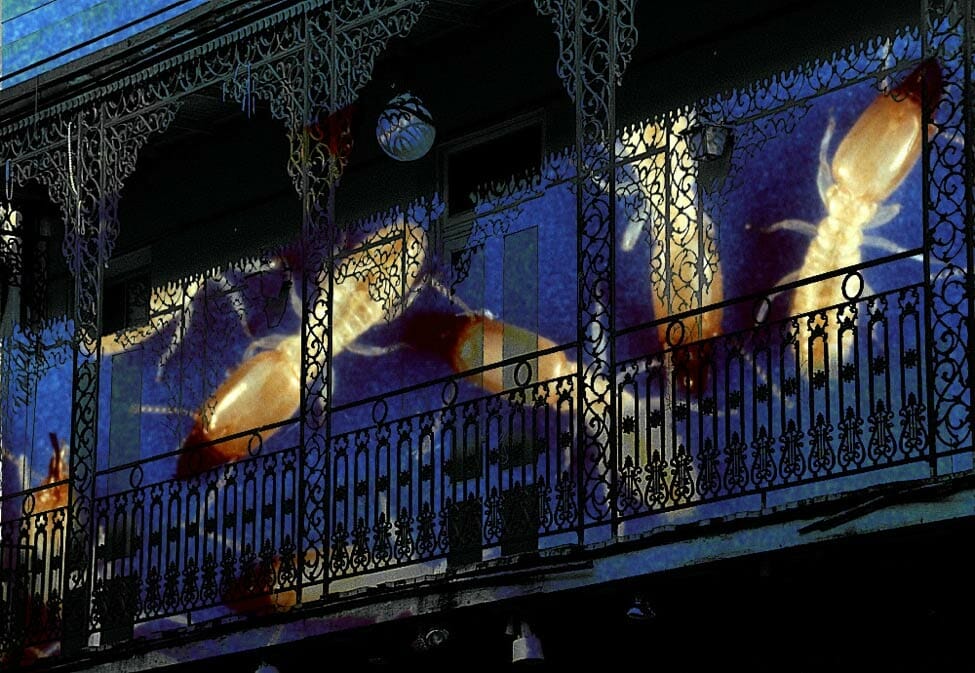 Bad Treatments – Not Bugs – Are to Blame

This spring swarms of flying Formosan termites are making their way from the nest to the streets of the French Quarter and surrounding neighborhoods in New Orleans, Louisiana.

Local preservationists are concerned about the damage these insects are doing to the area’s historic neighborhoods. These concerns are well-founded considering the fact that Formosan termites have caused more property damage in New Orleans than all of the recent hurricanes, floods and tornadoes combined. In fact, the USDA has called the invasion of Formosans “the Second Battle of New Orleans.”

By appropriating five-million dollars to fund “Operation Full Stop” in 1998, Congress sought to fight back against the invasion. Take a walk down Frenchman or Canal Street and you may notice the small circular metal caps that line the sidewalks. These are termite bait stations, installed as part of Operation Full Stop. Unfortunately, they have proven to be useless for the most part.

Bait stations are intended to lure termites to an eight inch piece of wood which is placed inside the station. The stations are supposed to be inspected monthly and once activity is discovered, the wood is replaced with a poison. However, the whole idea behind the bait station is scientifically flawed. Termites have no sense of smell and are blind. They forage randomly through the earth and when they run into wood it is by sheer chance. Think of reaching into a giant king cake and pulling out the baby figurine on the first try—termites have similar chances of bumping into one of these bait stations.

Even if the bait stations worked, they are usually not monitored according to the labeling, so the wooden bait is never replaced with the poison. The only sure way to save the French Quarter and thwart off the invasion is for termite companies to apply full comprehensive treatments to these historic buildings. Unfortunately, Terminix is one of the most commonly used companies for termite bonds in the New Orleans area.

The attorneys at Campbell Law PC have examined many customer files over the years and have caught the company completely skipping treatments on multiple occasions. Even when treatments are initially performed, the chemicals generally wear off within five to seven years which is when the Terminix is supposed to provide a “booster treatment,” but this is often skipped as well.

The Formosan termites will continue to swarm the streets of New Orleans and there is nothing that can be done to stop that. But Terminix has the ability to stop the destruction of homes and businesses in the area— simply by providing what customers pay for, adequate termite inspections and treatments. Unfortunately for New Orleans, we have yet to see this kind of willingness in Terminix’s DNA.

Former employees and other victims along the Gulf Coast are encouraged to step forward and help expose the facts relating to the substandard termite treatments that result in damage that devastates families.

If you have been wronged by Terminix or another termite company, you don't have to fight alone.

Learn How an Attorney Can help!
Terminix in the News
Customer Stories
Employee Stories